﻿Blast Walls﻿
The Adler Blast Wall has been fully blasted tested by US DOD and exceeds OSPB perimeter standards. The Adler Blast Wall System is a rapid deployment steel and concrete, physical security barrier system, made of posts and interlocking panels. It has been designed to sustain and deflect the effects of large scale, close-up, energetic events, such as a large vehicle borne IEDs (VBIED). The system is also designed to sustain itself against a variety of ballistic attacks and act as an anti-ramming wall, even against large vehicle impacts at high speeds - K12-K25 rated.
The wall panels are available in lengths from 2m to 8m and heights from 2m to 6m as standard.
It can be customized for specific sites.

Surface Mount Bollards
This easy to assemble system does not require or use any physical connection to the ground, any field welding or any special bolting. It fully assembles with one fork lift truck and a two person crew in less than two hours.
(15,000lb GVW at 50mph) K12 Rated

Wartell’s proprietary IFPS design is a standalone, all-inclusive method of providing Blast, Ballistic and Fragmentation protection for all building types, including temporary and permanent structures. Excellent for retrofitting to existing buildings – up to 5 floors in height. 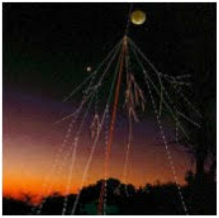 
Wartell Consulting have a proven and novel approach for the detection
of existing subterranean voids and structures, whether law enforcement,
military, or archaeological missions, in both permissive and semi-permissive environments and a proven means to characterize and image these anomalies (i.e., length, depth, width, azimuth,etc.) using proprietary Muon detectors, software, and infrastructure works.